Move your mouse over the image and pause on things to see information 'pop ups' (blue shapes). Click for more when the hand icon appears (red shapes). This illustration has 3 red shapes and 13 blue shapes - can you find them all? The answers can be found here - don't cheat! 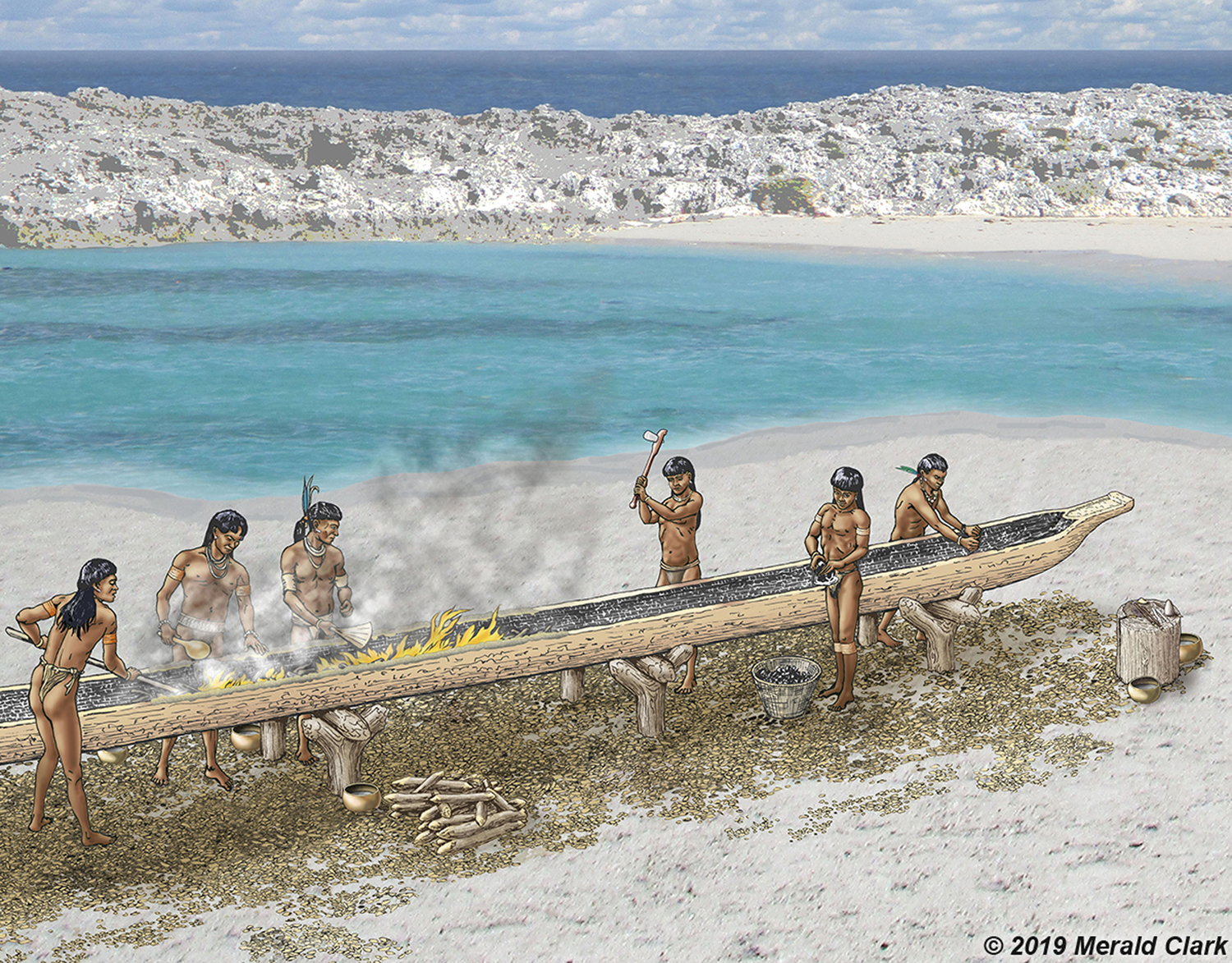 This scene shows the later stages of canoe manufacture, with six men working on a 10 meter-long ‘expedition’ canoe, to be used for travel and trade to neighbouring islands. This is not the largest canoe known from the Caribbean region, which reportedly reached nearly 30 meters in length and held over 60 people – nor the smallest, which were only large enough for one canoeist; but it is a good size for voyages between neighbouring trade hubs.

The hard work of felling a tall, straight tree with a sufficiently thick trunk, and dragging it to the edges of the water is now over, and the equally hard work of adzing out the heartwood to make a light, sea-going canoe is underway. After propping the long trunk on supports that serve to raise it to a good working height, they progress through several stages, each requiring woodworking skill and the technical knowledge of the wood’s strengths and limitations.

The scene is set out to provide an overview for key carving phases; these progressed in sequence – from (left to right) the charring of the interior prior to the scraping and final decorative carving. On the left three men work to control the fire they built within the tree trunk, while on the right, a further three excavate the canoe’s charred interior. The prow is carved in an elegant, semi-lunar design, inspired by the prow of a canoe recovered from Stargate Blue Hole, Andros.