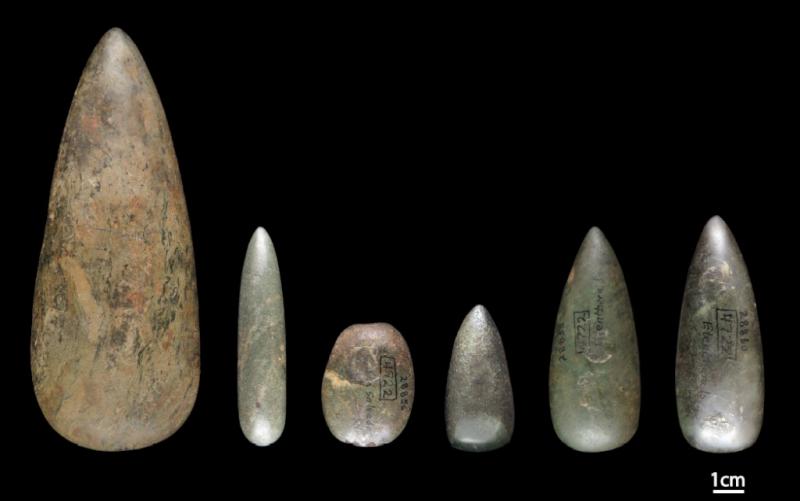 Celts from The Bahamas/TCI were acquired over the centuries of colonial island occupation as both ‘curiosities’ and power objects, or ‘thunderstones’. Archaeologist Theodoor de Booy, visiting several Bahamian islands in 1911, recorded how local communities considered celts as potent sources of protective power, created when lightning struck the ground. They were often found in crop fields, and hence have little associated information beyond village, region or island. This did little to quell interest in them from both local and international collectors during the 19th/early 20th centuries, when they were among the key artefacts acquired for private and museum collections. Many artefacts now languish on museum shelves, sometimes dozens to a box, with at best cursory information when displayed. Yet each has inherent information: their petrology holds great potential to contribute to establishing their provenance and contributing to debates of past interactions/exchanges, and their size, shape and use-wear can inform on manufacture, function and related value systems.

The project involves a study of the chaîne opératoire of celt manufacture – from raw material procurement through its manufacture, use and discard – with the aim of establishing object life-histories, revealing not only the mechanical process of production, but the cultural systems responsible for such finely polished, curated tools. This, in turn, connects to the larger social, historical and environmental contexts.

Future web pages will feature the variety and range of Bahamian/TCI celts, and explore the results of the project in more detail. 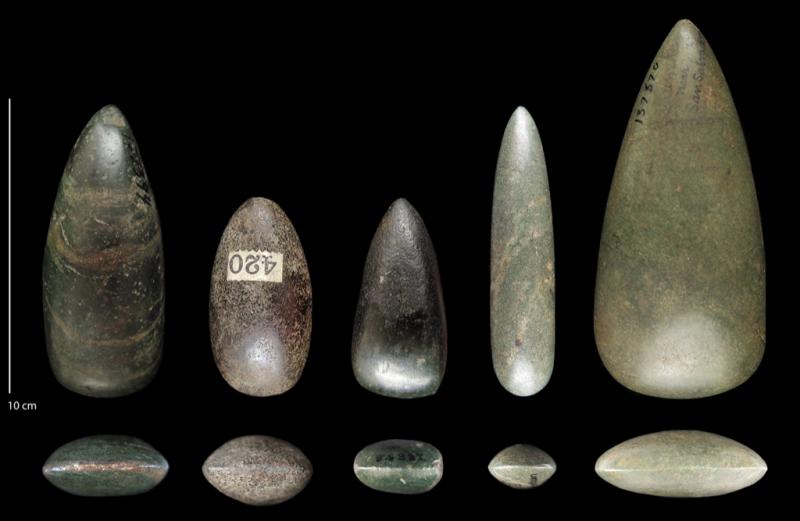