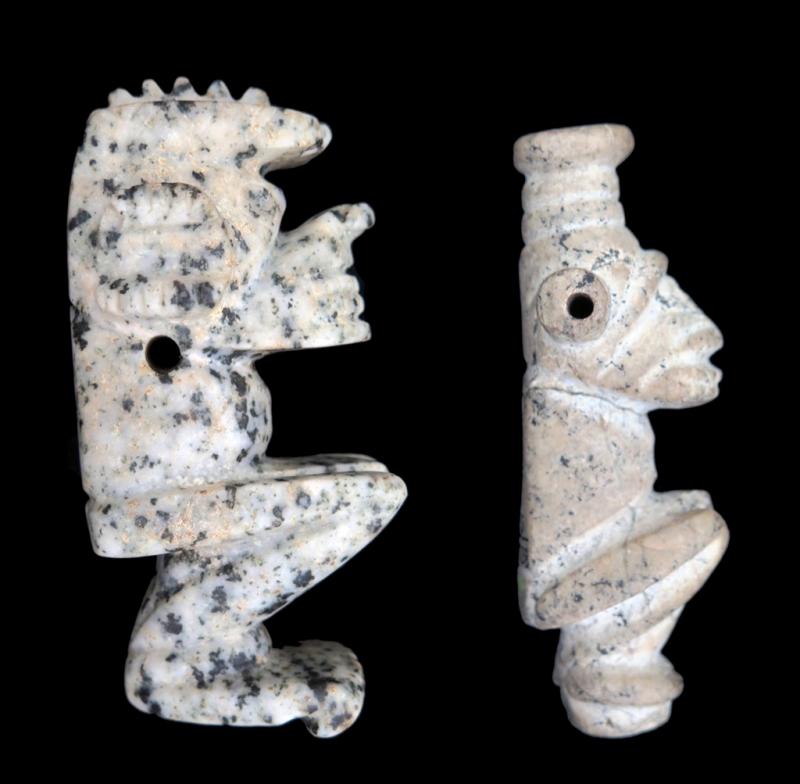 Large anthropomorphic stone pendants and zoomorphic figures have been recovered from The Bahamas/TCI - one of the most elaborate stone examples from the entire Caribbean comes from Kew, North Caicos, first documented by de Booy in 1912 (above left). The striking, arm-less carving, features a jagged headdress, elaborate ear-flares, protruding lower face, and sharply bent knees. It appears to be stylistically unique within the corpus of circum-Caribbean anthropomorphic pendants. Other Caicos examples (above right) have more in keeping with the many bent-kneed figural pendants provenanced to the Dominican Republic.

Other carvings from the Caicos Islands feature zoomorphic imagery, ranging from bird-headed mauls to an unusual, free-standing lizard or iguana sculpture. Turtles, bats and dogs also appear in Bahamian duhos. While some of the iconography clearly has strong parallels to the material culture of the Greater Antilles, there are also stylistically unusual pieces which suggest that raw stone was being imported into The Bahamas/TCI, and finished there – reflecting a uniquely local style.

The Cartwright duhos, recovered from a small cave on Long Island. The iconography of each is suggestive of a different animal: left to right – turtle, dog and bat. Catalogue nos. 1988-01-01-3, courtesy, Antiquities, Monuments and Museums Corporation. 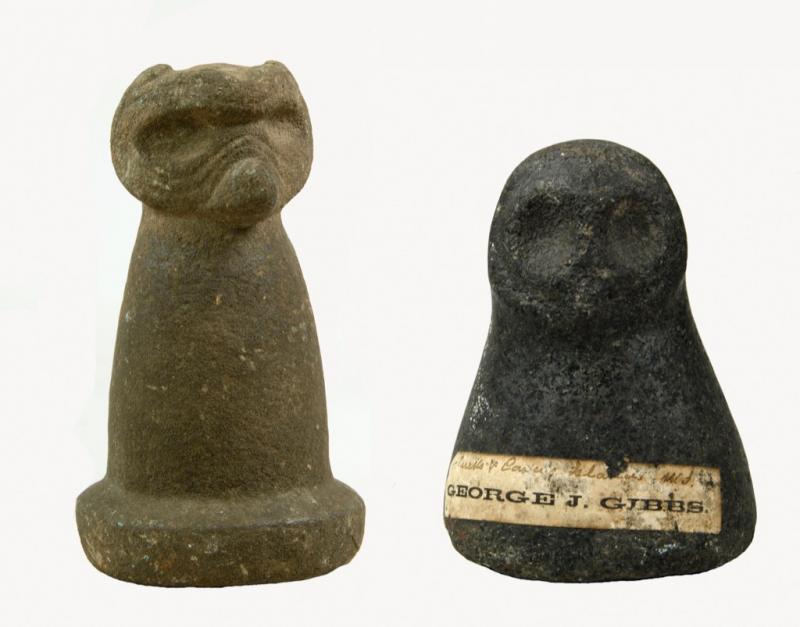