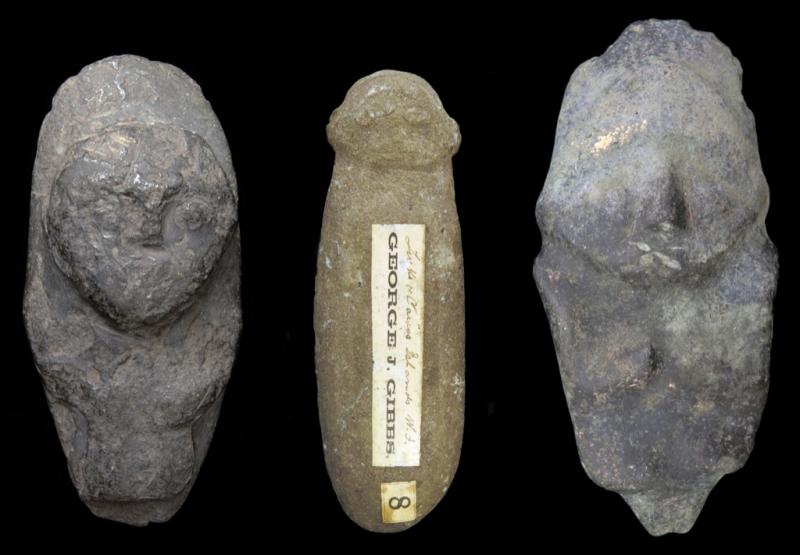 A more elaborate category of Bahamian/TCI celt is carved with an anthropomorphic figure to one side, typically featuring a head, and occasionally arms and legs. The features range from shallow, 2-dimensional depictions to high relief. Such carvings are relatively rare in the Caribbean, predominantly isolated to the northern Greater Antillean islands of Cuba and Hispaniola (Haiti/Dominican Republic). Many are impressive, large and heavy carvings, more sculpture than celt – without doubt they would have been prized items, though their function or purpose remains enigmatic, much like the other impressive stonework the Caribbean is well known for (e.g., trigoliths, stone collars, elbow stones, etc.). The archaeologist Jesse Walter Fewkes, writing in 1915, noted: “The form and symbolism of the petaloids with life figures engraved upon them have led [me] to the belief that these celts were never furnished with handles, but were used symbolically as insignia of rank, and carried directly in the hand…”

The earliest depiction of such artefacts appears on a map of Hispaniola that accompanied Pierre-Francois de Charlevoix’s Histoire de I’Isle Espagnole ou de S. Dominique, published in 1731, and examples entered museums in the 19th century. Bahamian examples have been documented since the beginning of the 20th century, when the earliest archaeological investigations on the islands were initiated. 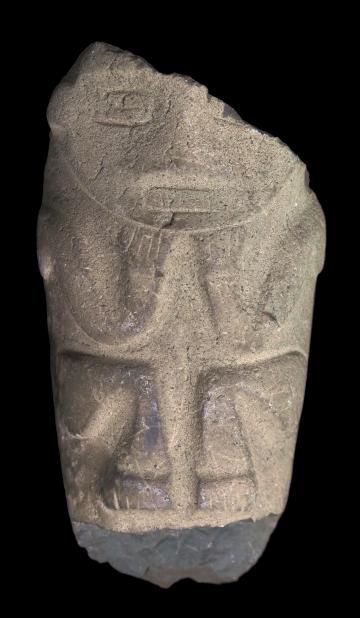