The iconography of the archipelago 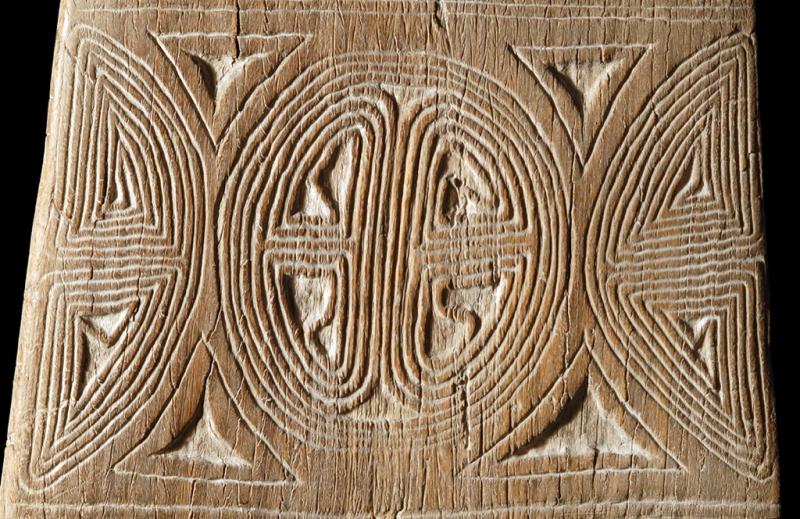 Bahamian duhos feature some of the most complex two-dimensional designs in the Caribbean, such as this panel on the back of a duho form the Caicos Islands. The design panel measures 130mm wide (max) and 90mm high (max). Courtesy National Museum of the American Indian, Smithsonian Institution (catalogue no. 059385.000).

Caribbean art is among the most dramatic achievements of the ancient Americas. Elegant Saladoid ceramics, ornate Chican Ostionoid styles, beautifully finished stone carvings (trigoliths, stone collars, ‘elbow’ stones) and elaborate ritual wood and cotton sculptures are among the material culture that survives. This wealth of imagery speaks of cultures rich in the visual arts. Yet while the stylistic repertoires of larger islands like Puerto Rico and Hispaniola are coming into greater focus due to a long history of interest and research, the iconography of smaller island chains such as that of the Lucayan archipelago remain less well known. Three reasons can be proposed for this: The Bahamas and TCI have not seen the same intensity of research effort, largely based on sporadic test excavations and surveys (long term, systematic excavations were only initiated in the 1980s); the thin soils of the islands – often only centimetres over bedrock – are not conducive to the development of stratified archaeological sites (the special case of shell middens and caves aside, but the latter were emptied of their guano deposits in the early history of the islands), and the semi-tropical environment generally hinders good preservation of organics. Yet, if the material culture of lowland South American indigenous cultures is anything to go by, it is likely that roughly 90% of what people surrounded themselves with – from mats, hammocks, houses and canoes to body ornaments, weapons, hunting equipment and containers – has not survived in the archaeological record. We have but glimpses of these ephemeral arts – from mat-impressed Palmetto ware to the rare carvings that were saved during the 19th century cave clearances, or in blue holes – such as the Stargate canoe (below). And the objects that do survive – such as duhos – feature some of the most complex designs in the Caribbean, suggesting that the Lucayans were skilled carvers.

Canoe fragments recovered from the Stargate Blue Hole, Andros. The original size would have been small – just over 2 meters in length – suggesting that it may have served a more ceremonial than practical function. Courtesy Antiquities, Monuments and Museums Corporation (AMMC) collections.

Another issue for the Bahama archipelago is the need to first distinguish what was imported to the islands from neighbouring regions, and what was locally produced. Imports into the region came with the earliest settlers, but also with later exchanges that linked the northern Caribbean region into a large inter-island exchange network. But even with objects that appear stylistically foreign, we cannot, without detailed study, discount the possibility that they were made locally. The first steps in understanding Lucayan iconography is to search for distinctive differences between the regions. Palmetto ware, for example, is a uniquely Lucayan pottery with a burnt, crushed-shell temper (a material added to clay to provide strength): there is the suggestion that different regions produced different ceramics, including Abaco redware and Crooked Island ware. But in order to interpret these types of distinctions, we need a good regional overview of materials and styles – and that is something that will only emerge with time.

Future links on this page will provide activities that explore the iconography of the Lucayan archipelago. 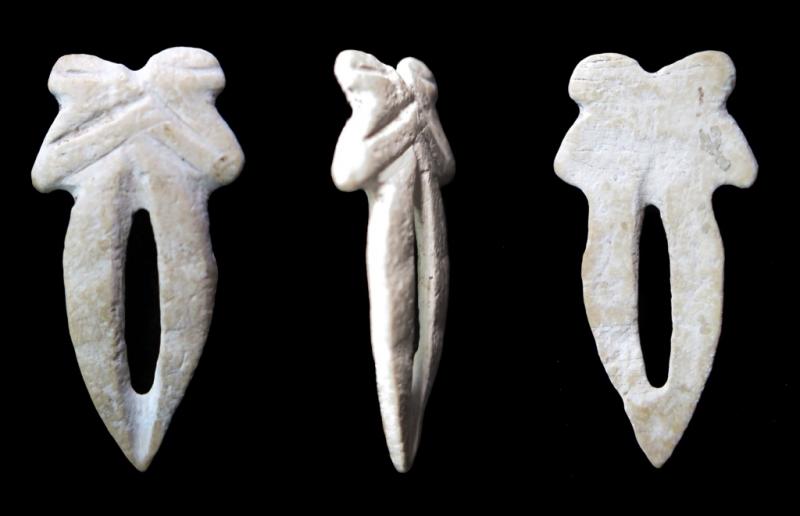