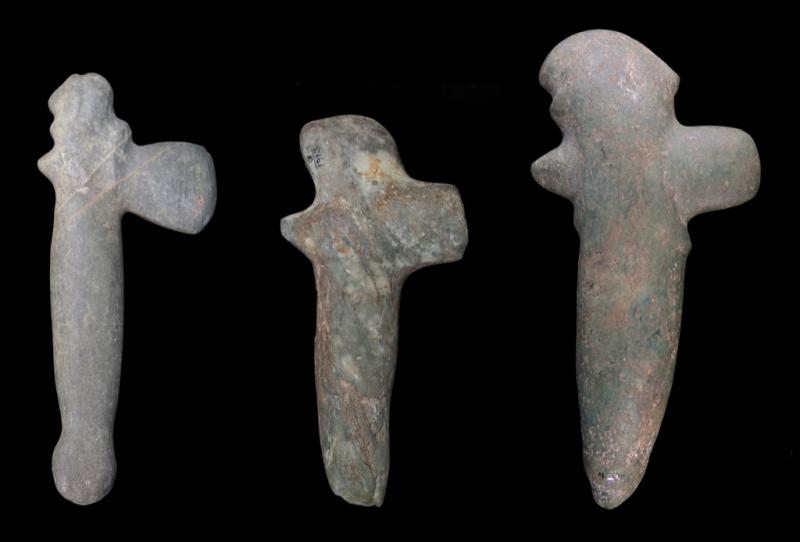 Monolithic axes have both handle and celt carved from a single piece of stone. They would have been ineffectual for carving, and served more as symbolic referents for the fully functioning, composite tools of wood and stone. Their distribution spans Cuba and Hispaniola as well as The Bahamas and TCI. There is a variety of forms – ranging from almost abstract, bulbous carvings, to elegant depictions with great attention to detail, sometimes featuring a zoomorphic carving at the top. Among the earliest documented is a donation of a monolithic axe made to the British Museum in 1830. Examples from the Turks and Caicos are among the few which have a clear provenance: Theodoor de Booy excavated one in 1911/12 from a cave near Juba Point, Providenciales, where it was located beneath roughly 45 cm of ‘cave earth’ (guano), and associated with burned wood and a collection of conch shells. Another, originally part of the collection of Lady Edith Blake (wife of the Henry Blake, Governor of The Bahamas [1884-1887] and Jamaica [1888-1898]), was recovered from Conch Bar, Middle Caicos.