Move your mouse over the image and pause on things to see information 'pop ups' (blue shapes). Click for more when the hand icon appears (red shapes). This illustration has 2 red shapes and 15 blue shapes - can you find them all? The answers can be found here - don't cheat! 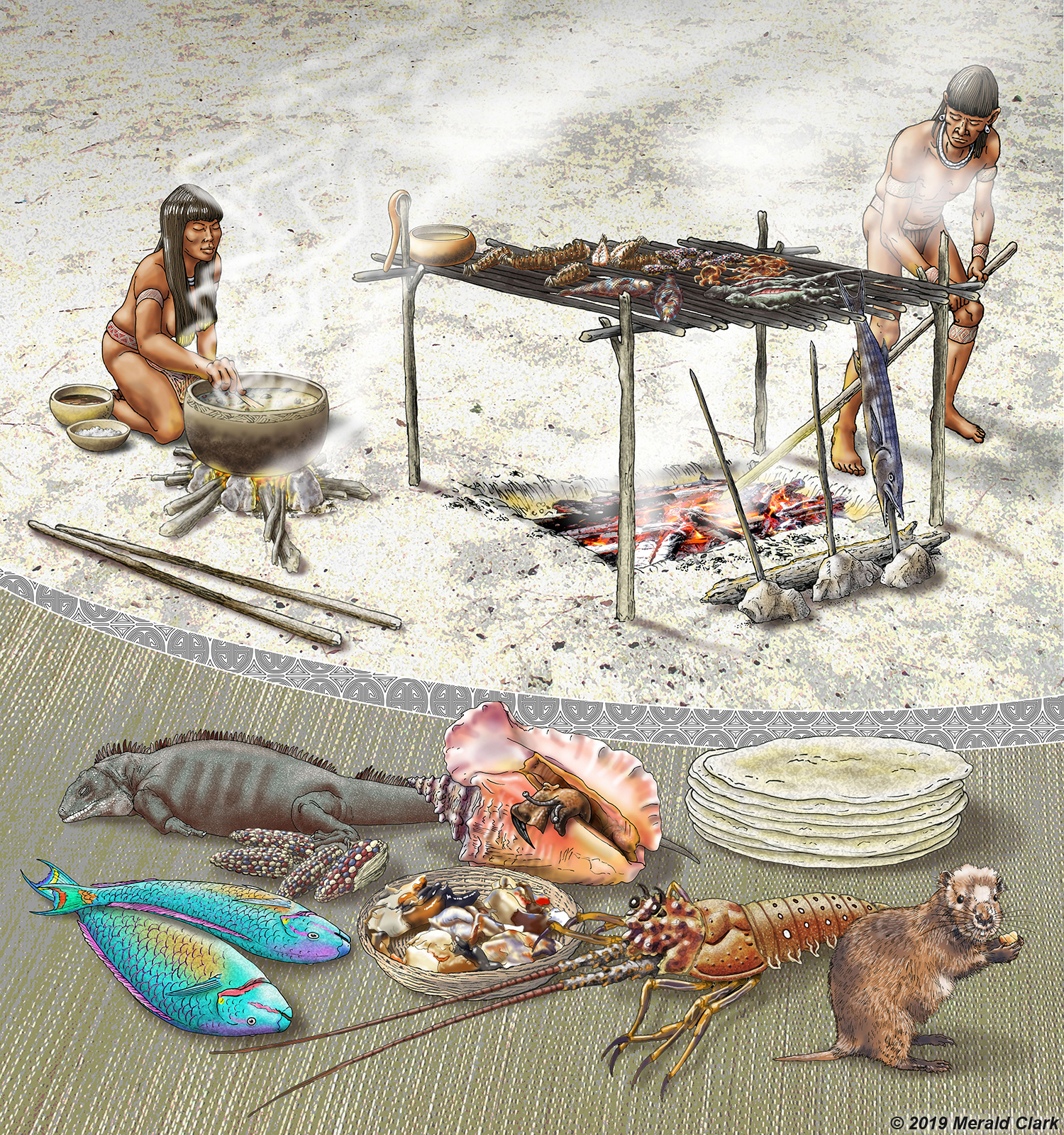 As the light begins to fade after a long day, preparation begins for the evening feast. A bountiful harvest has been brought together to feed the community and their visitors.

From the land, iguana, hutia, cassava/manioc and maize have been collected; from the sea, parrotfish, lobster, conch and barracuda. Some of these delicacies are being barbequed; the man carefully stokes the fire below a traditional barbacoa (a Taíno/Arawak term, which we still use today: barbecue) made of fresh, green wood.

Beside him, a woman kneels before a pepper pot, stirring the thick manioc-derived broth filled with meat and gathered plants and domesticated crops, including hot pepper or chili. These cooked foods take time to process, and are enhanced by grilling or long stewing; in contrast, fruits (not shown) were – then as now – enjoyed fresh.

The islands provided a bounty for skilled Lucayan fishers, gatherers and farmers – from the turquoise waters teaming with fish, to the intertidal filled with molluscs and crabs, to the land with wild and domesticated plants and small land animals. These, however, were not inexhaustible resources – a careful balance was needed in order to ensure this bounty continued for future generations. The same can be said now.